The United States has some of the safest drinking water in the world. But its water supply is facing a new challenge — a slimy growth inside pipes that is encouraging outbreaks of illness responsible for over 7 million illnesses and 6,000 deaths every year. That’s the disturbing finding of a new analysis of waterborne disease from the US Centers for Disease Control and Prevention that was 10 years in the making.

“It’s not just about ingestion of water anymore,” said study coauthor Vince Hill, chief of the CDC’s waterborne disease prevention branch. “We captured a more modern picture of what waterborne disease looks like in the United States today.”

Biofilm, a glue-like mixture of bacteria, fungi, amoebas, and other microorganisms, is taking up residence inside some of the 6 million miles of plumbing that support drinking, sanitation, hygiene, cooling, and heating systems in US buildings, according to the report published Wednesday in the journal Emerging Infectious Diseases. “If you’ve ever felt that slimy film on your teeth when you haven’t brushed in a while, that’s a biofilm,” said lead author Sarah Collier, an analytic epidemiologist at the CDC. “Biofilms tend to form anywhere there are microbes and water.”

Robust biofilms can provide a safe haven for microbes, protecting them from disinfectants in the water, Hill said. That’s how potentially deadly waterborne pathogens such as Legionella bacteria (which causes Legionnaires’ disease) grow and escape into the air, sickening and killing thousands each year. In fact, the report found over 90% of all deaths and the majority of hospitalizations from waterborne diseases are caused by just three airborne pathogens that prosper in biofilms.

“It’s sort of a paradigm shift for us: ‘Oh my gosh, there are things growing inside these pipes,’ whether it’s inside the water utilities system or inside your home,” Hill said. “So that’s kind of the new frontier that we’re recognizing,” Collier added. “And we think this is an area where we can help prevent disease.”

Over 3 billion in healthcare costs

The CDC team estimated total illnesses, visits to emergency rooms, hospitalizations, deaths, and direct health care costs for 17 waterborne infectious diseases that can be found in the home and industrial plumbing, hot tubs, recreational pools, and water parks. It was the first report to examine disease from all water sources (drinking, recreational and environmental) and all exposure routes (ingestion, contact, and inhalation), Hill said. The analysis found that over 7 million waterborne illnesses occur each year, resulting in over 600,000 annual visits to emergency rooms, 118,000 hospitalizations, and 6,630 deaths — totaling $3.33 billion in direct health care costs.

Otitis externa, more commonly known as swimmer’s ear, was the most common ailment, accounting for 4.7 million or 65% of annual waterborne illnesses and 20% of hospitalizations. Norovirus infections, which cause vomiting and diarrhea, were the second most common, with 1.3 million cases, followed by the diarrheal disease giardiasis with just over 400,000 annual cases.

While much less frequent, biofilm-associated pathogens were responsible for the highest number of hospitalizations and deaths, costing the US healthcare system $2.39 billion annually. Nontuberculous mycobacteria disease causes lung, skin, and soft tissue infections that can be difficult to control. Also called NTM, it was the most deadly of the three, causing 51,400 hospitalizations (44%) and 3,800 deaths (57%) a year. Direct health care costs in the US from NTM were $1.53 billion annually.

People would come in contact with these airborne diseases through shower heads, building cooling towers, and decorative outdoor fountains, among other sources, the report said. The CDC team also tracked illnesses caused by the parasite cryptosporidium and the salmonella, shigella, vibrio, campylobacter, and Shiga toxin-producing E. coli bacteria, which all typically cause stomach cramps and bloody diarrhea. Because cryptosporidium is “extremely chlorine resistant” and highly infectious at low doses, it has emerged as the major cause of outbreaks associated with treated aquatic venues, the report said.

Efforts In the United States to improve water safety are “recognized as one of the greatest public health achievements of the 20th century,” the report said. Outbreaks of diseases caused by feces-infested drinking water, including cholera and typhoid, were common in the 19th and early 20th centuries but are long gone.

“In the past 40 years, we’ve seen a significant decrease in waterborne disease but the complexities have increased with more building plumbing issues and more recreational water issues,” said J. Alan Roberson, executive director of the Association of State Drinking Water Administrators, who was not involved in the study. At the same time, funding has stayed flat or decreased for research, infrastructure, regulations, and the ability to increase compliance with the existing regulations, both at the federal and state levels, Roberson said.

Then there is the issue of aging pipes and the challenges of private wells or unregulated water systems that serve an estimated 43 million persons. “Drinking water from the treatment plant to your water meter is really heavily regulated and a lot of work is put into making sure that it’s safe,” Collier said. “Once it’s in your house or in a building, however, it’s on the individual homeowner or the building owner to make sure it’s safe.

“Consumers can do their part, Roberson said, by understanding their home plumbing system starting with where the water comes into their home, the materials that make up the plumbing, and how the water is distributed throughout the house.

“While it’s not part of this report, the country has around 6 million lead service lines and the ownership of those service lines are typically split between the water system and the property owner,” Roberson said. “So removal of all of those lines is another public health initiative that’s going to require a collaborative effort across a large number of communities.”

Biofilms prosper when water taps are not turned on for long periods of time and the water sits still within the pipes. If a faucet or showerhead has not been used for a week or so, it’s best to flush that plumbing before using it again, the CDC suggests.

Run cold water for two minutes, then switch the faucet to hot until the water steams. Setting your hot water heater to a higher temperature of 130 to 140 degrees Fahrenheit can kill many harmful germs, the CDC says, “but also increases the risk of scalding. If you set the water heater above 120°F, make sure you take extra precautions to mix cold and hot water (using thermostatic valves) at the faucet or shower to avoid scalding. “Regularly flushing your water heater can also extend its life, the CDC says.

Biofilms, however, are not just limited to the plumbing in your home. They can also grow in humidifiers and C-pap machines that are used for sleep apnea, which affects some 22 million Americans.

Even heavily treated tap water is “not sterile or completely devoid of microbes,” Hill said. “So if you’re using it for medicinal medical purposes or your personal care, such as C-paps or humidifiers or nasal rinsing, you should disinfect the water or use distilled water.

“Humidifiers should be emptied of all water each day and cleaned properly on a regular basis. “Consider using distilled or previously boiled (and cooled) water or water disinfected with chlorine bleach in portable humidifiers,” the CDC suggests.

Use only distilled, previously boiled, or filtered water to rinse sinuses with neti pots, the CDC says, but be careful that you choose a filter that can trap tiny microorganisms.

You can tell what the filter is rated for by looking for the NSF International certification on the label — that’s an independent organization that develops public health standards for products.

This article was originally published on CNN.com. 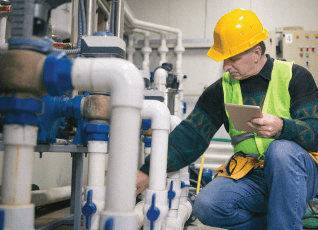 Ten Causes of Legionella in a Building’s Water Supply 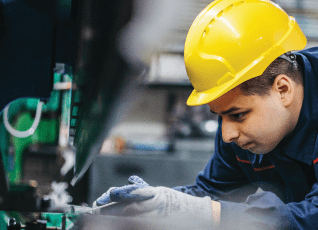